The next spring symposium will take place from 25th until 28th March 2020 in Cologne!

Also this year there will be a diverse scientific program with something for everyone. Some famous persons like Peter Atkins (Yes, the author of the book) and Martyn Poliakoff (Youtube – Periodic Videos) are the this year's keynote speakers. There will be also a large number of social acitivites and possibilities for networking.

You can register until 31st January 2020 under http://www.jcf-fruehjahrssymposium.de. 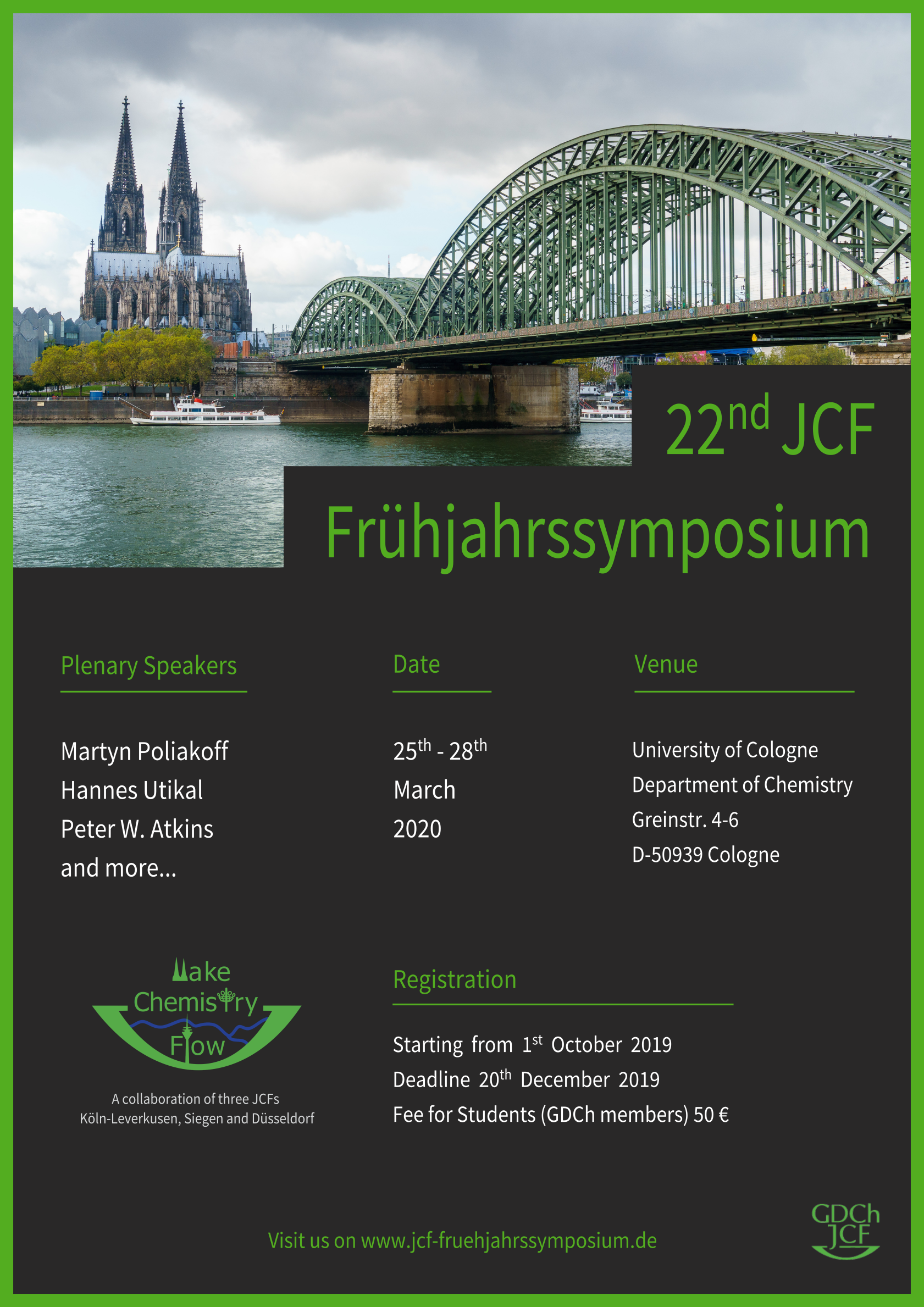 During the JCF retreat from 19th to 21st July 2019 in Jena, the taskforce "Equal Opportunities" was established facilitating more attention for this important topic in future. The task force aims for revealing problems and compiling proposed solutions in close cooperation to the GDCh commission.

A position paper was worked out during a first workshop in Jena and the meaning of the phrase "equal opportunities" summarized in a position video. At the autumn speaker's meeting in Aachen first results of a survey on equal opportunities were discussed. 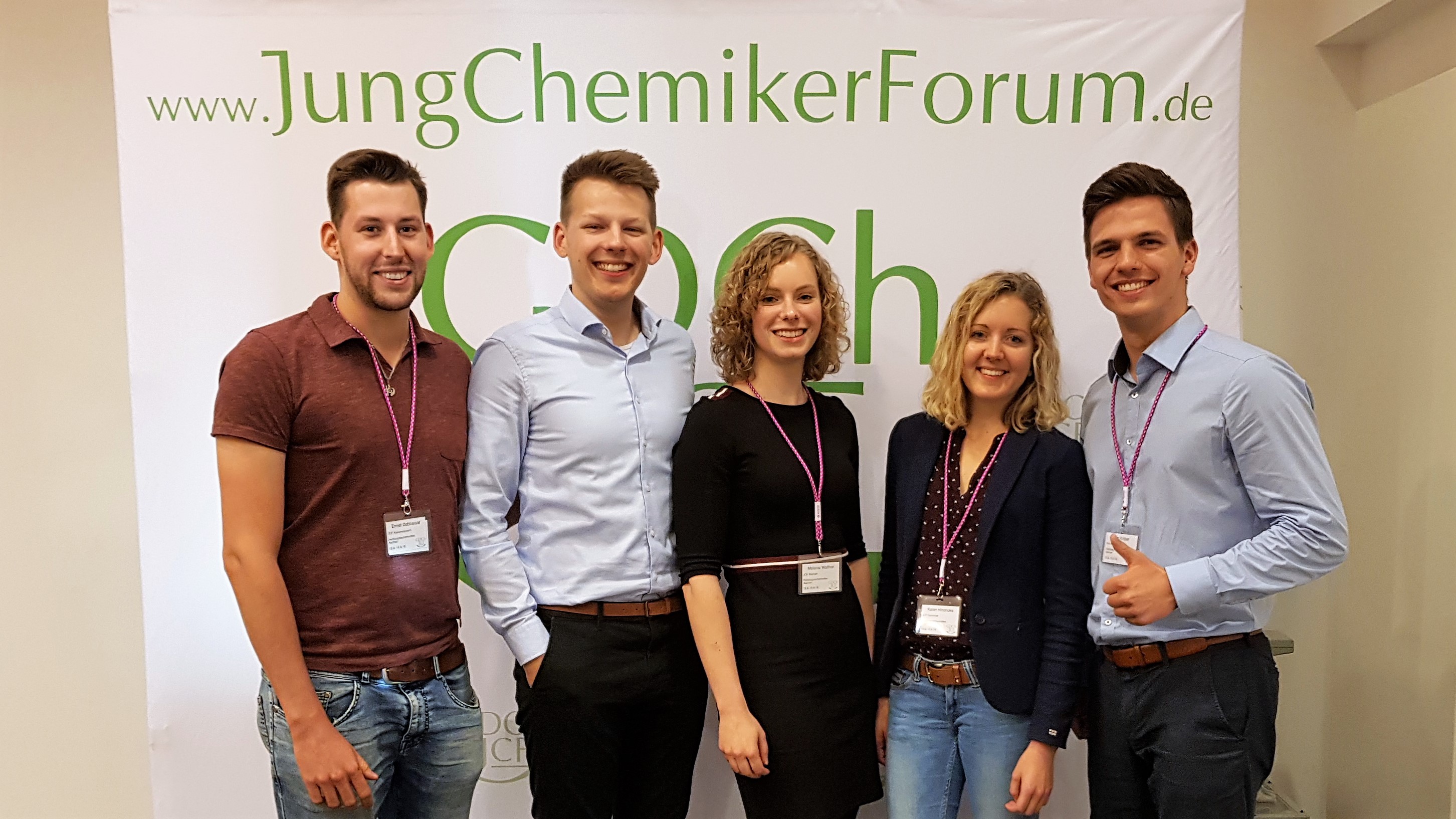 On 14th September 2019 at the annual speaker's meeting in Aachen, the new national board was elected. Our new speaker is Tobias Wilcke (JCF Dusseldorf). Tim Kröber (JCF Berlin) was also re-elected into the national board and continues to guide the JCF regional sections as well as the congress equipment. New in the national board is Emiel Dobbelaar (JCF Kaiserslautern). He acts as contact person for international activities and advertising material. Karen Hindricks (JCF Hanover) is in charge of the finances and social media accounts. Melanie Walther (JCF Bremen) completes the national board. She is resposible for the homepage and data privacy.

More information and contact details can be found under National Board Members or in the article: M. Walther, Nachrichten aus der Chemie 2019, 67 (12), 87-88.

We would like to thank the former national board for the great work and look forward to a successful and productive year! 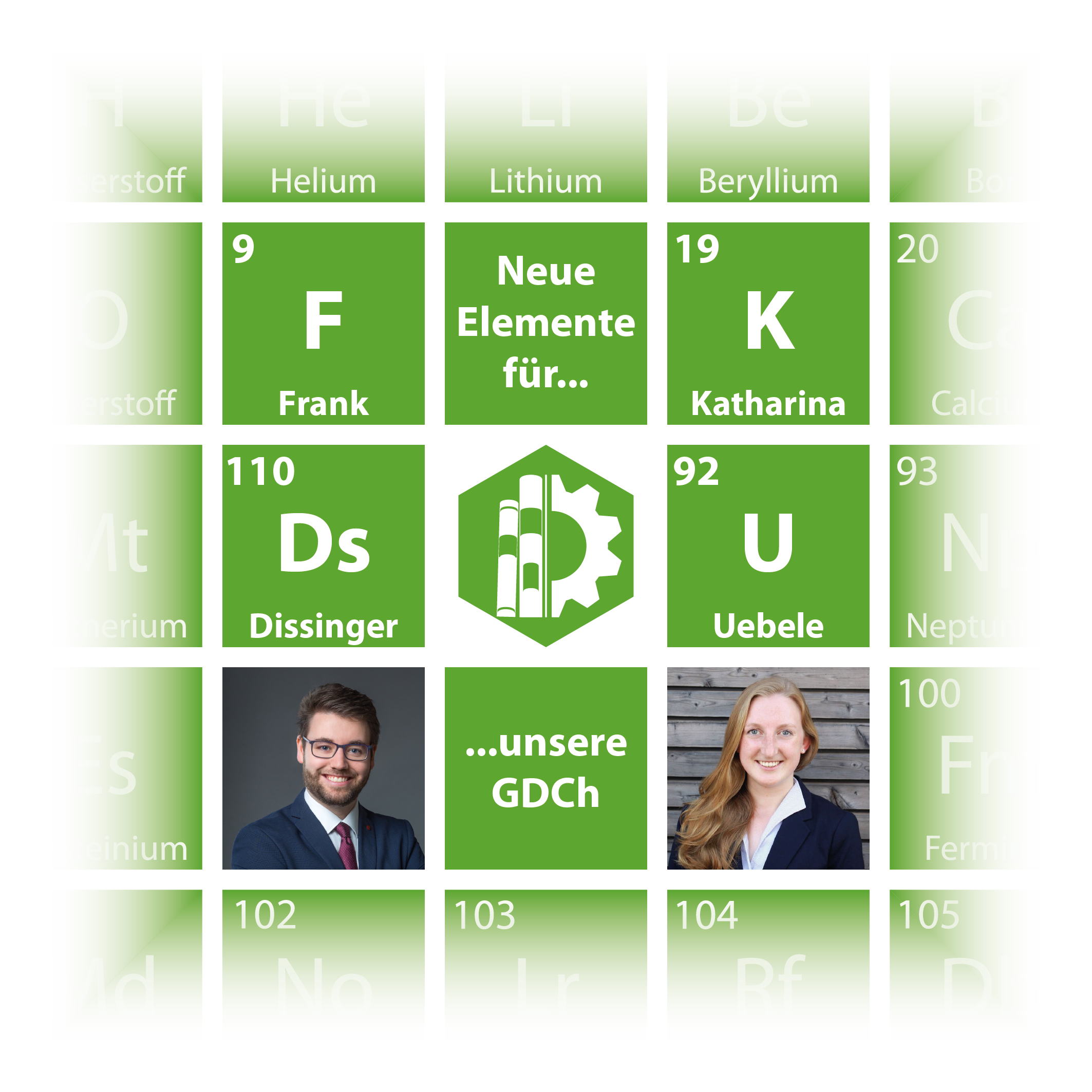 This year, from May, 7th until June, 23rd, the vote for the GDCh board for the next four years takes place. The JungChemikerForum supports two young chemists for this vote - Frank Dissinger and Katharina Uebele. To give you an idea, why, what and who to vote, we set up a special website to provide you with more information. Furthermore, a few people shared their ideas, why young chemists in the board are a good idea.

Have a look, inform yourself, and in May: vote your candidates to the GDCh board! 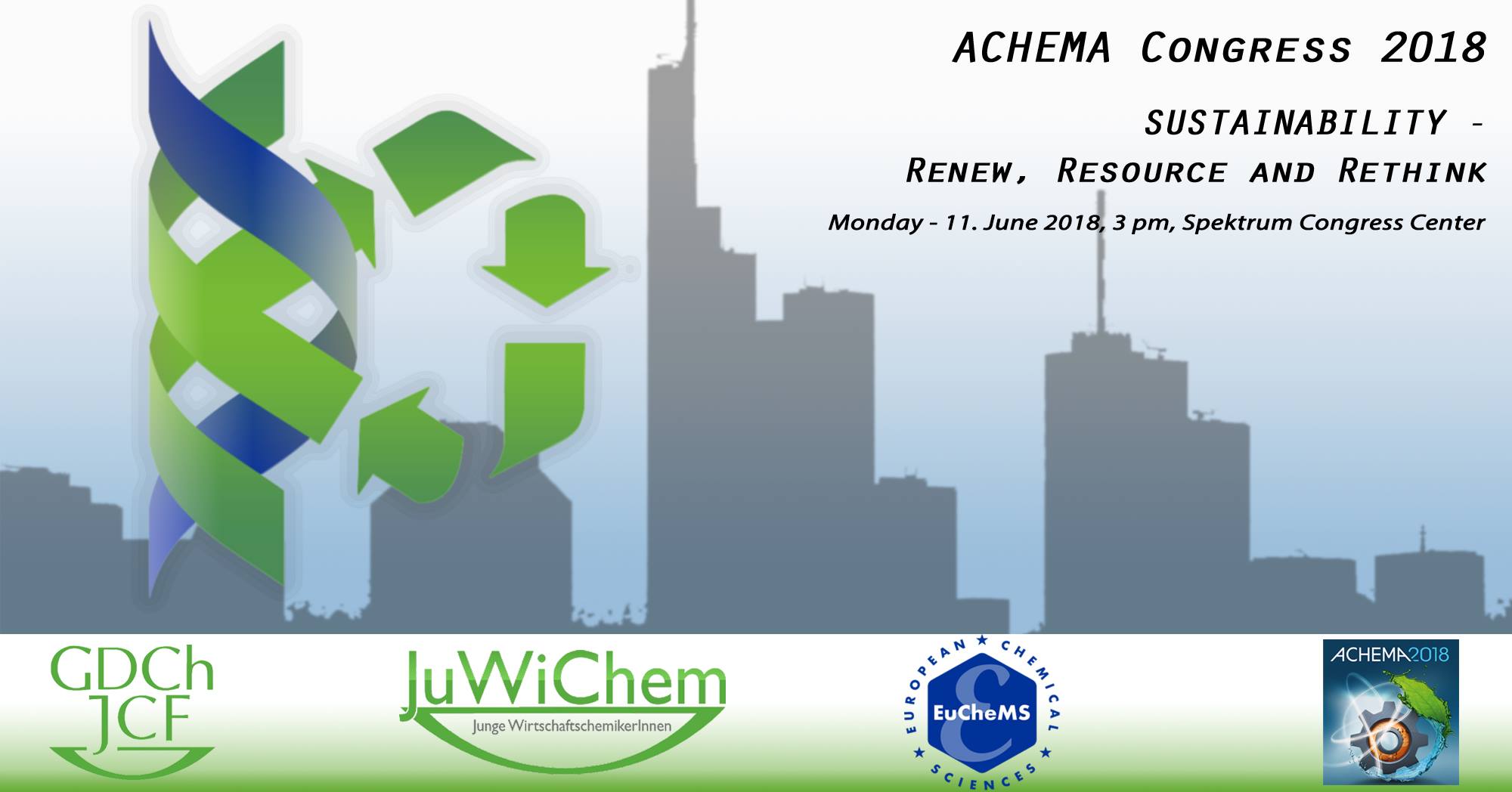 The Young Chemistry Network (JCF), the Young Business Chemists (JuWiChem), both part of the German Chemical Society (GDCh), and the European Young Chemists Network (EYCN) cooperate for a joint event at the ACHEMA 2018, the world forum and leading show for the process industries.

Our very own session “Sustainability – renew, resource and rethink” takes place on Monday the 11th June 2018 under the headliner ”Raw Materials & Alternative Feedstocks”. The session will host five international lecturers from chemical industry, toplevel sustainability research and even the United Nations, who will give the participants a deeper look into sustainability in chemistry, innovative solutions and future-oriented research and economics. Next to the interdisciplinary lectures a framework programm including a poster session and a discussion with the speakers for young researchers is organised to give you the chance of reviewing your own research focusing on the idea of sustainability.

More information can be found at the event homepage and on facebook.

We look forward to see you!

The BCS will be held on Thursday, April 5th 2018 and the ChiP on the following day, Friday, April 6th 2018. Both events will take place at the Erwin-Schrödinger Zentrum in Adlershof, Berlin.

Registration to both events will be opened in February 2018. You will be given the chance to choose whether you want to attend both events or just one of them.

If you are interested, don´t miss out on the early bird registration until March 16th. The registration fee is 10 € for one day or 15 € for both days. You will be charged 5 € more after the early bird deadline. A confirmation will be sent to you once the conference fee has been received by the organizing committee. To keep you up-to-date, we will constantly supply information to this website. You can also join our Facebook Event.


See you in Berlin,

Your JCF Berlin and JuWiChem

Have you already seen the new short movie about the JungChemikerForum? It was recorded on the occasion of the 2017 anniversary (150 years of GDCh and 20 years of JCF). Here it is:

A big thanks to the Faktur GmbH and the Bayer AG, who helped realizing this amazing video!

Just before the "GDCh Scientific Forum Chemistry 2017", the yearly speaker's meeting of all regional speakers took place. Beside discussing general topics regarding national and regional JCF issues, a new national leader board was elected.

We thank the former board members Sebastian Beil, Torsten John, André Augustin and Sebastian Sobottka for their great work, which included amongst others the realization of the JCF Flex-Fonds, a great source for realizing new and outstanding projects within the regional grous, and for their commitment to international networking, e.g. the international young chemist's network (IYCN) and the european young chemist's network (EYCN)!